I’ve seen some very beautiful restored tractors roll through Edwards Tractor Restoration since my friendship with Doug began a few years ago. Each one has its own very special part of our ag heritage. Kurt Aumann has commissioned a uniquely uncommon machine to be painted though.

Besides Kurt, now, I’ve met two collectors, here in central Illinois that have a Graham in their collection, one in particular has several.

I discovered, during my research, that Graham collectors know one another, or at least know of each other. A non profit club has even been created dedicated to the tractor.

There aren’t many Graham Bradley tractors left. No more than 2300 were actually built and somewhere between 350 to 500 are still known to exist. Considering the tractor was only built for approximately three years, I’d guess there’s no wonder. The Graham history is a fascinating story to learn.

Three brothers from Indiana were heavily involved in the automobile industry during the evolving early days. The Graham brothers created their reputation, in part by, building Dodge trucks during 1921. In June 1927, the Grahams gained control of the Paige-Detroit Motor Company, the company was then renamed Graham-Paige Motor Company.

In 1937, feeling the effects of the great depression, the company launched a venture into the agricultural market, building 243 general purpose tractors to be released for sale in 1938. The brothers announced a aggressive plan, also in 1938, to manufacture 10,000 machines over the next five years. Sadly this plan never happened.

Online shopping at home isn’t a new concept. Catalog shopping was historically popular and a person could buy anything imaginable. Graham Bradley tractors were sold by Sears and Roebuck. The brothers didn’t have any established tractor dealerships for sales and service, so a contract was agreed on. The tractors were built by Graham Bradley, and the implements, fitted to the tractor, were built by another company. The David Bradley company, that built the implements, was owned by Sears. Sears and Roebuck only sold the Graham Bradley tractor.

Sadly this partnership with Sears and Roebuck quickly dissolved. The Graham Bradley was well received, but was considered a “rich man’s” tractor. There was also a Sears Economy, for the “poor” farmers, also available creating competition. Sears had been set up to be the sole distributor. Because of declining car sales, Graham-Paige started selling tractors through their car dealerships and even allowed independent dealers to market them. The catalog soon dedicated lesser space to farming. By 1940 the tractor was no longer even featured. The severed ties for sales was a leading factor ending production. There is no record of the last tractor sold new. There are memories of them being seen in stores in 1941.

There were three models built. The first model 503.93 was built in 1937 and manufactured with no serial number identification. The only identification for the first 243 was from the engine block number. There are other suttle clues. The early models had a six lug front wheel, while later production only had a five.

In 1938, two more models went into production. The 503.103 was the row crop version, while the 503.104 came in a wide front standard configuration. The 38-39 models had serial numbers beginning at 50001. There are no records indicating how many of each models were produced.

Graham-Paige motors had a factory across the border in Walkerville Ontario. Final assembly in this factory, on the other side of the lake, stopped Canadian tariffs imposed on tractors built in the US. The Canadian built tractors had serial numbers beginning at 70001.

The power plant was a Graham-Paige six cylinder. Continental cast the blocks and made most of the parts, but the engine was designed by Graham-Paige specifications. The machining and assembly was completed in house at the Graham-Paige factory. First production, in 37, was a 199.1 cubic inch. The 103 and 104 models had a 217.8 cubic inch displacement.

The belt pulley was unique. It was designed from the rear of the transmission and was capable of all the same gears of motion, including reverse.

Graham Bradley tractors also have the early innovation of adjusting rear wheels and rubber tires, and an early version of live hydraulic power to pick up implements. The tractor was very ahead of its time.

The sleek styling makes the tractor look like its race car fast. It is a quick stepper capable of the blazing speed of 25 mph. The louvered side panels are simple to remove for easy maintenance

In 1941 a new company president, Joe Frasier, took the helm and Graham-Paige directed their factory production towards the war effort. The company manufacturered many tools for WW2, one possibly being a amphibious vehicle.

Frasier would later begin producing cars under his name. He considered building farm tractors and even prototypes were designed. No tractor ever came into production however.

Kurt’s tractor, that inspired my article, will be featured in more depth. I’ll be sharing more information I’ve discovered. I will also show the before, progression work, and reveal the final outcome of Edwards Tractor Restoration’s handy work 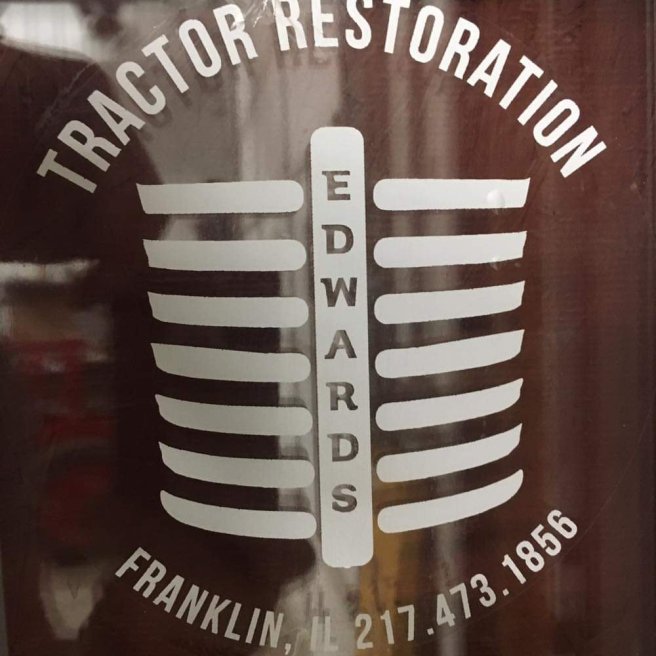 I want to thank James Fred, for information regarding my research in Graham Bradley history.

The 14th annual National Graham Bradley show will be held on July 18-21,2019 in Winamac, IN during the Northern Indiana Power of the Past show

I wish to express special thanks to Keith and Cindy Ladage. Keith was very patient taking my phone calls and sharing information. He was very helpful guiding me to reliable information sources. Some of my questions he answered more than once. Cindy has been a great guide and very supportive to not just this article, but to all my writing endeavors.

Cindy recently authored an article in her wonderful blog about another major purchase that could be found in a Sears and Roebuck catalog. I encourage everyone to follow the link and discover more information. Readers may also want to browse around further into her traveling adventures

One thought on “Graham Bradley, what’s the story?”