I heard a great story, while having dinner with the Edwards family. Jim actually has shared many great tales of how Doug discovered his talent painting. Doug’s younger brother Jason must have been one of the first customers receiving Doug’s skilled handiwork. Jason had a new bicycle that wasn’t really a desirable color. A can of spray paint and the problem was solved. There were repercussions, but for the telling of this story the follow up isn’t necessary.

Doug’s talent has grown from his childhood. He has demonstrated his abilities with many beautiful tractors restored. His work hasn’t only been limited to antique tractors though. 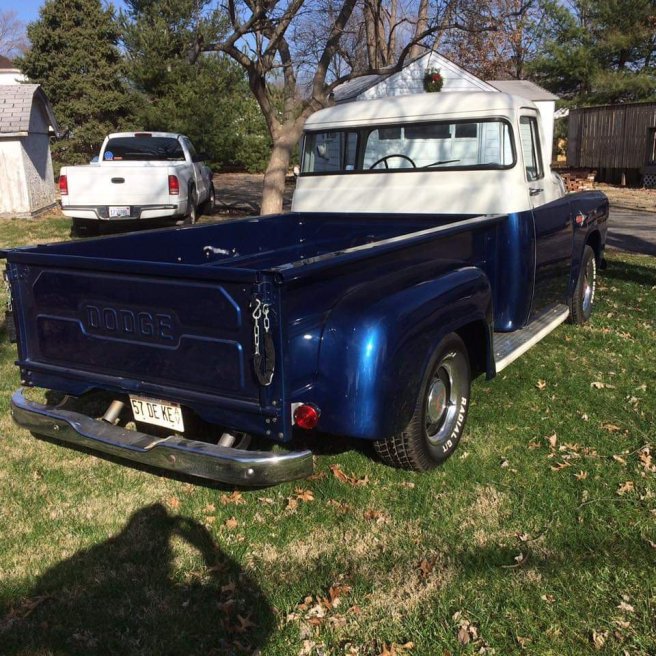 Motorcycles, cars, and trucks have been challenges that he has taken on. Heavy Caterpillar equipment has also seen new beauty from Doug’s hand.

There have been three previous paint shop set ups before Doug finally got his newest building. His first two were in Waverly. For one reason or another the shops were closed, but our hero never gave up his desire. The H he painted for me was actually a small enough tractor he could take it on in his garage. It was a crowded work area. He made do and kept at his dream.

Joe Moeller, a friend and neighbor, came on the team working in the garage space. 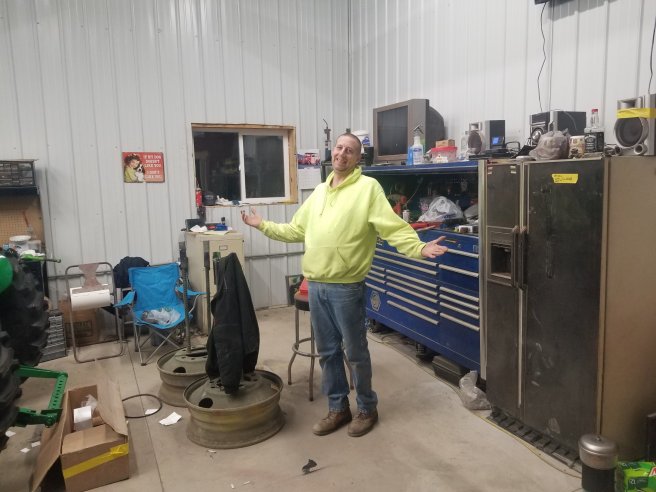 Joe started out doing prep and sanding work for Doug. Joe is always willing to be right in the mix and valuable help. Doug has been teaching Joe how to master painting and his skill level has quickly improved. Currently Joe has taken on a restoration on his own for Doug. He is “shop foreman” now so Doug has given him the lead painting a Farmall 240. This makes having more than one project going easier. Freeing Doug’s productivity level to do more. 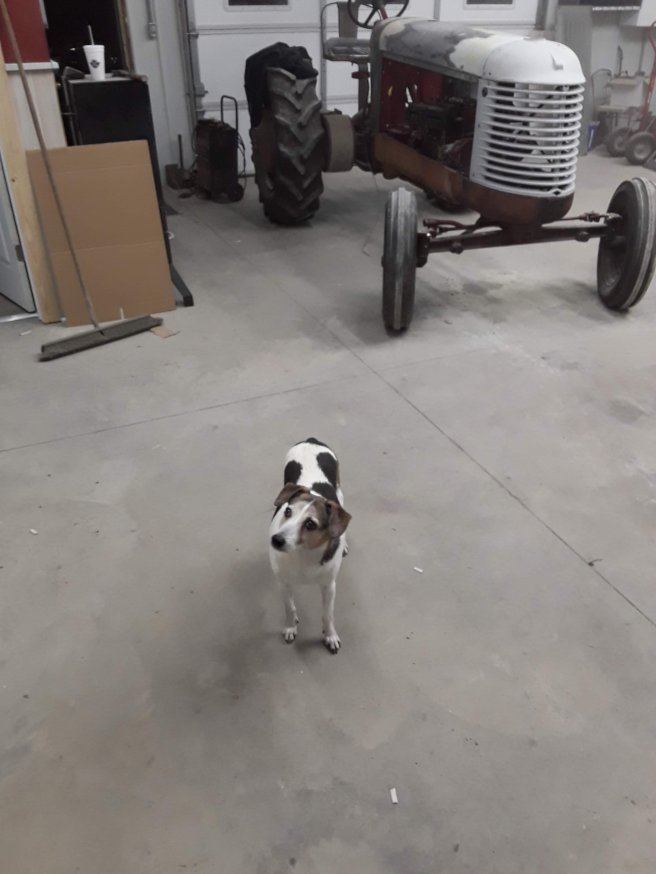 Theres no denying who the real boss is though. Sam oversees everything and keeps the operation running smoothly.

The shop can be a busy place. Since opening the new building, in November 2018, a Farmall Super H, Oliver 550 and 1800 plus a lawn & garden puller have been completed. There have been several other smaller projects and the waiting list has been quickly growing.

Doug’s staff has grown with the increased work. He has a electrical specialist and a prep worker to help out. 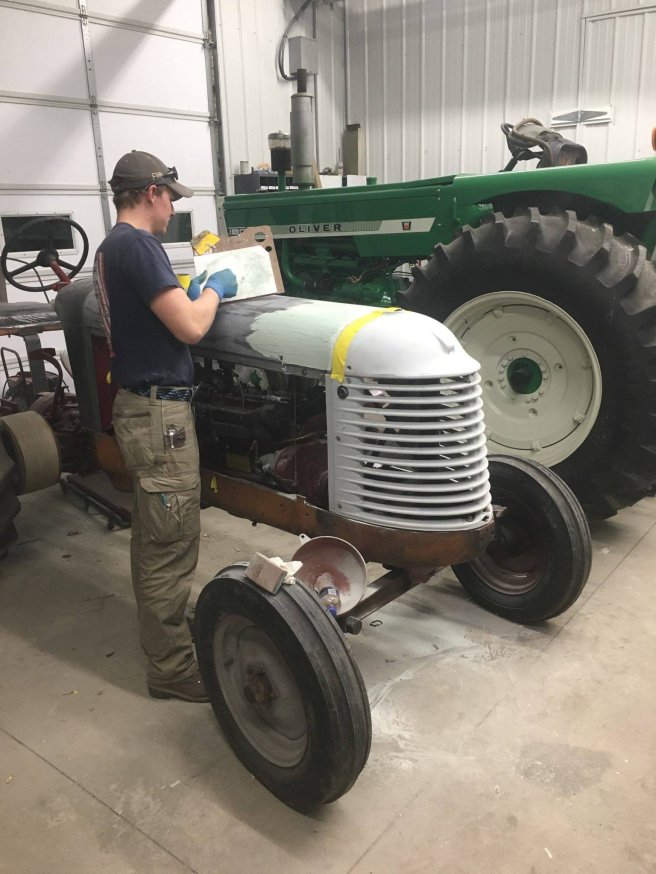 The building has been laid out in two separate work spaces. There is a area dedicated to painting. Both work zones have a overhead door leading outside and there is also a large pass through between the prep and painting zones.

It was designed for the Midwest weather. Projects can be moved without losing the warm controlled environment needed to work during winter. The paint area is properly ventilated and air circulation is safely controlled.

Edwards Vintage Tractor & Restoration is a full service company creating it’s own special “niche” in antique tractors. There is more to a good restore than bringing back the initial show room presence by painting. Many tractors have their own unique issues to overcome. For example, during the restoration of my H, Doug discovered there were two different size front wheels. This had to be corrected.

Doug strips a tractor down during the process. Generally this is a great time to replace worn parts and make conversions. Some people consider converting from 6 volt to 12 volt electric systems during the rebuild. New tires are also often considered. Whatever the work, the staff has experience and knowledge to preform the duties needed.

Doug has plans to expand his enterprise. I have no doubt with his dedication and support from his “people” the new business has a very bright future.

As the company grows, it will probably never get so big that a customer won’t be treated as a friend. The Edwards family are down to earth good people. Every team member is active in community events and they support several local service organizations and schools. They conduct business accordingly.